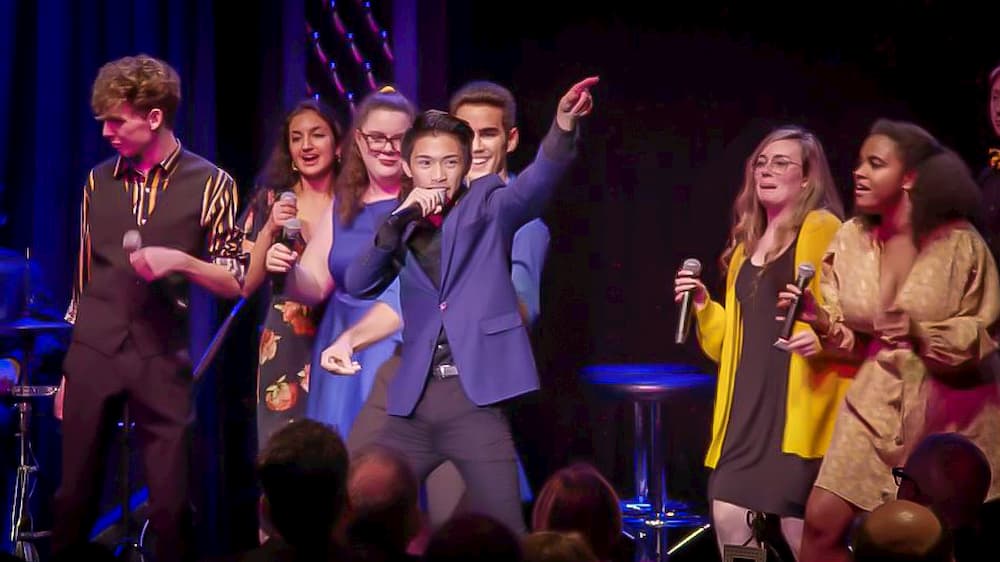 Congratulations to Sophia Wilson ’19 (St. Viator) who not only won Best Actress at the Smith Center in the Nevada High School Musical Theater Awards, but also attended and performed at the Minskoff Theater on Broadway at the Jimmy Awards. Sophia placed in the top 8 females earning her the Special Recognition Award, $2,000 and her photo was up in Times Square. The Jimmy Awards presentation was attended by the “Who’s Who” of the Broadway world, and hosted by Tony Award winning Broadway actor, Ben Platt.

Earlier in August, Jayden Sideco was also selected, from thousands of male students at the International Thespian Festival to perform in New York City at the Back To School Gala on September 22. This event, in conjunction with the Educational Theatre Foundation, raised over $150,000 to support theatre programs in underserved schools.

Schedule a Tour at our School